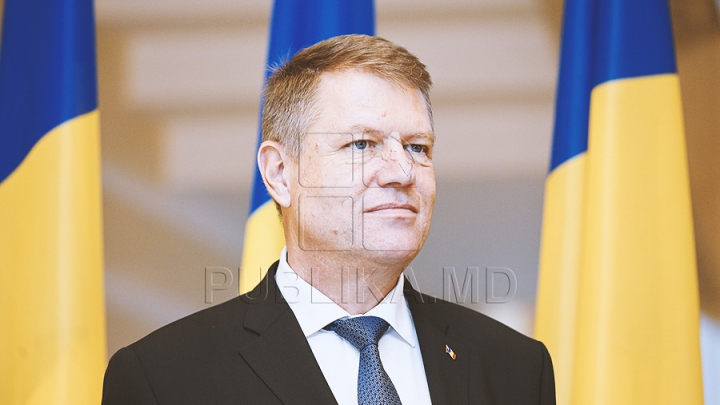 listen (help·info); born 16 March 1959) is a Norwegian politician, and is the 13th Secretary General of NATO. Stoltenberg served as Prime Minister of Norway from 2000 to 2001, and again from 2005 to 2013. In March 2014, Stoltenberg was appointed by NATO's North Atlantic Council to be the treaty organization's Secretary General and Chairman of the North Atlantic Council, succeeding Anders Fogh Rasmussen. Stoltenberg assumed his position on 1 October 2014.[1]

A member of the Labour Party, Stoltenberg was first elected to Parliament in 1993 for the Oslo constituency. Stoltenberg served asstate secretary in the Ministry of the Environment from 1990 to 1991, and as Minister of Industry from 1993 to 1996 in theBrundtland's Third Cabinet.

Following the resignation of Gro Harlem Brundtland in 1996, Thorbjørn Jagland became Prime Minister, while Stoltenberg was appointed Minister of Finance, an office Stoltenberg held until October 1997, when Jagland and the entire government resigned as a consequence of its 36.9 ultimatum. While in parliamentary opposition, Stoltenberg served in the standing committee on energy affairs. Stoltenberg became the Parliamentary Leader and Prime Minister candidate for the Labour Party in February 2000.

Following a motion of no confidence against the Bondevik's First Cabinet, Stoltenberg was appointed Prime Minister in March 2000. The policies of the first Stoltenberg cabinet were markedly inspired by Tony Blair's New Labour, and saw the most widespread privatisation by any Norwegian government to that date.[2]

After poor results in the 2001 parliamentary election, and the subsequent fall of his government on 19 October 2001, Stoltenberg successfully challenged Thorbjørn Jagland for the party leadership in 2002. Stoltenberg served as leader of the Labour Party from 2002 to 2014, and led the party to victory in the 2005 election by forming a red-green alliance government with the Centre Party(Sp) and the Socialist Left Party (SV), taking office on 17 October 2005. Stoltenberg was re-elected in 2009 for a second term as Prime Minister, but lost the election for a third term in 2013. Stoltenberg submitted his resignation on 14 October 2013[3] and left office two days later.

From 2013, Stoltenberg served as a UN special envoy on climate change (global warming), and has previously chaired the UN High-Level Panel on System Wide Coherence and the High-Level Advisory Group on Climate Change Financing.

Stoltenberg is a member of the Global Commission for the Economy and Climate.[6]

Jens Stoltenberg was born 16 March 1959 in Oslo into the Stoltenberg family, whose family name is derived from Stoltenberg in northern Germany. His father, Thorvald Stoltenberg (born 1931), was a prominent Labour party politician who served as ambassador, as defence minister and as foreign minister. His mother, Karin Stoltenberg (née Heiberg; 1931–2012), was a geneticist who served as state secretary in multiple governments during the 1980s.[7] Marianne Heiberg, married to former Foreign MinisterJohan Jørgen Holst, was his maternal aunt. Jens lived in Serbia from 1960 to 1963 while his father was Ambassador to Yugoslavia.[8]

After leaving the army, Stoltenberg enrolled at the University of Oslo, graduating in 1987 with the cand.oecon. degree in economics. The title of his thesis was Makroøkonomisk planlegging under usikkerhet. En empirisk analyse ("Macroeconomic planning under uncertainty. An empirical analysis").[9]

Stoltenberg's first steps into politics came in his early teens, when he was influenced by his sister Camilla, who at the time was a member of the then Marxist–Leninist group Red Youth. Opposition to the Vietnam War was his triggering motivation. Following heavy bombing raids against the North Vietnamese port city of Hai Phong at the end of the Vietnam War, he participated in protest rallies targeting the United States Embassy in Oslo. On at least one occasion embassy windows were broken by stone-throwing protesters. Several of Stoltenberg's friends were arrested by the police after these events.[10]

From 1979 to 1981 Stoltenberg was a journalist for Arbeiderbladet; and between 1985 and 1989 he was the leader of the Workers' Youth League. From 1989 to 1990 he worked as an Executive Officer for Statistics Norway, Norway's central institution for producing official statistics. He also worked part-time as an hourly paid instructor at the University of Oslo during this period. Between 1990 and 1992, he was leader of the Oslo chapter of the Labour Party.[11] Up until 1990 he had regular contacts with a Soviet diplomat. He ended this relationship after being informed by the Norwegian Police Security Service his contact was a KGB agent, warning him of further contact. Stoltenberg's code name within the KGB was "Steklov".[12][13][14]

Before becoming Minister of Finance, Stoltenberg was Minister for trade and energy in Gro Harlem Brundtland's cabinet between 1993–1996.[11] In 1996 when Brundtland resigned, Thorbjørn Jagland stepped in for her and became the new Norwegian Prime Minister.[11] In Jagland's government, Stoltenberg became Minister of Finance.[11] On 29 September 1997, Jagland resigned because of an ultimatum he had issued stating that the cabinet would resign should the party receive less than 36.9% of the popular vote.[15]Labour only received 35.0%; true to his promise, Jagland resigned, and power was transferred to the first cabinet of Kjell Magne Bondevik.[16][17] After Jagland's resignation, Stoltenberg served on the standing committee on oil and energy affairs in the Storting.[11]

In 2000 the first cabinet of Bondevik resigned following an unsuccessful motion of confidence.[18] Stoltenberg's first cabinet governed Norway from 17 March 2000 to 19 October 2001.[18] Stoltenberg was the deputy leader of the labor party while Jagland was the party leader. Instead Jagland was given the post as Foreign Minister. Stoltenberg's first tenure as Prime Minister (2000–2001) was controversial within his own party, being responsible for reforms and modernisation of the welfare state that included part-privatising several key state-owned services and corporations. In the parliamentary election of 10 September 2001, the party suffered one of its worst results ever, winning only 24% of the vote.

The 2001 election met with instability for the Labour Party. The Norwegian newspaper Dagbladet stated: "We are heading for a political earthquake when the votes are counted tonight, if we believe the opinion polls."[19] In an interview with The Associated Press Jagland stated "It is unstable and unpredictable."[19] After the election in 2001, Stoltenberg and his cabinet were forced to resign, with the Labour Party suffering from its worst election campaign results since 1924.[20] With the 98% votes taken, the Labour Party only garnered 24%, falling from 35%.[20] Jagland, the Labor Party leader, commented on the results saying, "We will have to make a decision about whether to continue in government after we know the full results".[20] After the election Stoltenberg said, "What is clear is that this was a very bad election."[20]

Several analysts has pointed out that one of the reasonable causes for their loss was that with only one year in power until the next election, more time was spent initiating or trying to start reforms than telling the people why they had to be done. Such reforms included selling down in state-owned companies, re-organisation of health care and public hospitals and changes in sick pay. The changes made from the 2001 election to the 2005 election was by Norwegian newspaper VG described as an "extreme makeover".[21]

The bad election result in 2001 was quickly followed by a leadership battle between Jagland and Stoltenberg. Both Jagland as leader and Stoltenberg as deputy leader said they were open to be challenged for their positions at the party's congress in November 2002. Stoltenberg refused to say whether he would challenge Jagland for the leadership position which was seen by political commentators as a sign that he probably would seek the leadership position.[22] In the beginning of February 2002, Jagland who had been briefly hospitalized in January and had a subsequent sick leave[23] said that he would not seek reelection as leader.[24] In November 2002, Stoltenberg was unanimously elected new leader at the party's congress.[25]

Stoltenberg's second cabinet governed Norway from 17 October 2005 to 16 October 2013. The 2005 parliamentary election saw a vast improvement for Labour, and the party gained a majority in parliament together with the other "Red-Green" parties, the Socialist Left Party and the Centre Party. This paved the way for a historic first in Norway, with Labour joining in a coalition government, the Red-Green Coalition, after a coalition deal with Stoltenberg was struck. Since the government's formation, key political issues such as Norwegian military participation in the current war in Afghanistan, petroleum activities in the Barents Sea, LGBT rights, immigration and the quality of standard education have been greatly debated by the public. Following Stoltenberg's re-election in 2009, dealt with the ongoing global recession and championed for environmentalist policies through private and corporate taxation.[26]